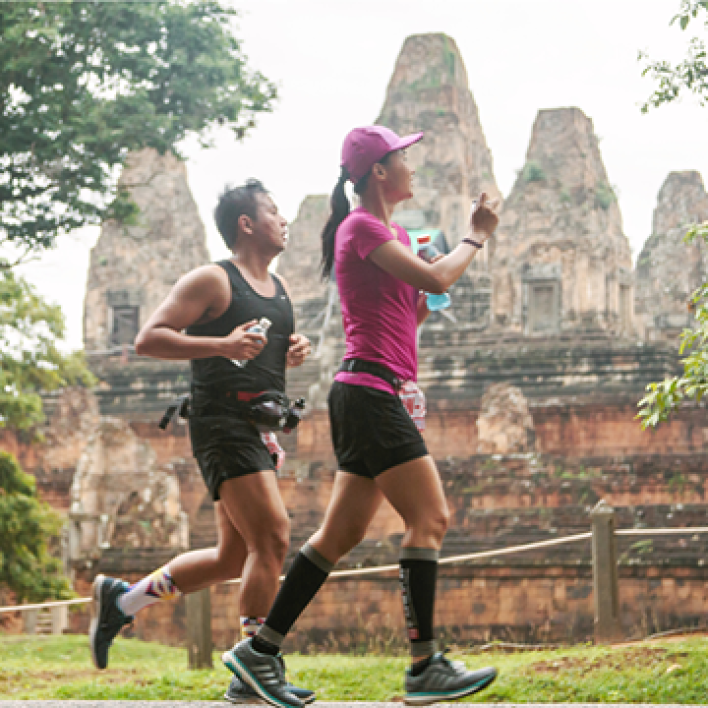 The Angkor Empire- known as ancient Cambodia was the most powerful Empire in Southeast Asia.

The Angkor as the central area of settlement of the Kingdom of Khmer from the 9th to the 13th centuries. Which was the symbol of the ancient civilization of Khmer people and also revealed as the largest pre-industrial urban center in the world.[4]

The Angkor Empire Marathon will offer an exceptional opportunity for all runners around the world to experience the ancient course in the area of World heritage through nearly 40 ancient temples along the pretty smooth road race which almost cut through the national forest and rice field of villagers.

The 6th Angkor Empire Marathon has happened on 04 August 2019 with more than 3,500 runners from 49 countries, the 7th Angkor Empire Marathon will be hold on 07 August 2022 in the ancient city of Angkor Empire State of the last 11th century with expected over 4,000 runners. the runners of this race have got the unique experience with the ancient atmosphere and natural scenery along the road race through forest rice fields , traditional villages and ancients temples in the heart of Angkor Era.

The Cambodian Events Organizer team with national and international organizations would like to invite all professional and amateur runners around the world come to participate this exceptional marathon event to show the ultimate friendship and kind support to disabled people and poor children in Cambodia.

We are waiting for offering you all the most warmly welcome and the best arrangement for your beautiful race in the area of ancient Khmer Civilization.