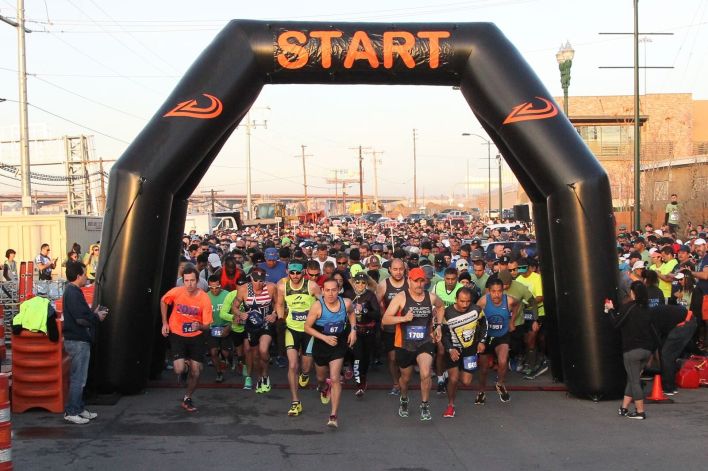 The course was challenging and not boring at all, ups and downs, turns and scenery, great volunteers and water stations. Finish line at the Chihuahua’s Field was great, well organized, nice finish events, food and wait for it… burritos at the end. Very nice Marathon, I would highly recommend it, from espectators to organizers and volunteers, Thank you El Paso !!

The finish was at the Southwest Baseball Park where spectators could sit in the stands and watch the runners come in through the gates, run the outside of the field and cross the finish line, it was also projected on the Jumbo-Tron. Nice touch!! Small expo which made it easy to pick up packets. Runners could stay on the school buses until the start. Not a lot of spectators along the course but great aid stations! FREE downloadable photos!! The only negative was that they offered Skratch for electrolytes, which upsets my stomach, I had plenty of notice and I carried my own hydration, but I do appreciate that they stepped out of the norm by handing out Skratch and Honey Stingers.