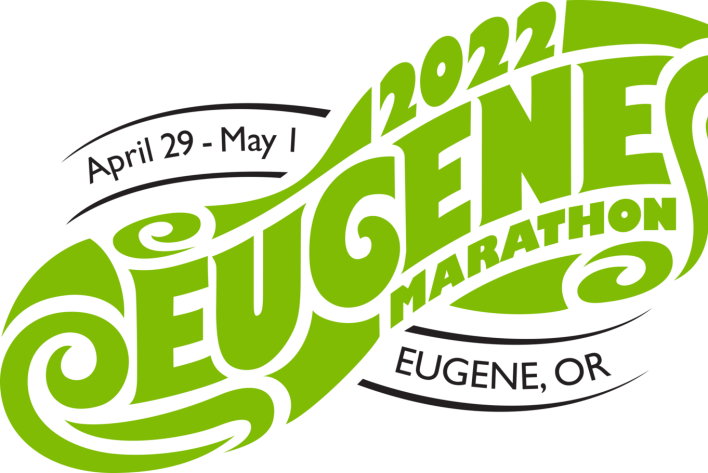 ARE YOU READY TO RUN IN THE FOOTSTEPS OF LEGENDS?

The 2022 Eugene Marathon and Half Marathon courses will feel familiar to those who ran the race between 2011-2018. Marathoners and Half Marathons will start on Agate, in the shadow of Hayward Field, heading south. The course takes runners through the University neighborhoods and south on E Amazon all the way to Frank Kinney Park. Heading back toward the University of Oregon, runners follow Amazon Parkway and turn east on 19th Ave. Near Mile 9, runners pass by Hayward Field heading north, cross Franklin Blvd and head east toward Springfield. After joining the Ruth Bascom Riverbank Path System, the Marathon and Half Marathon courses split at Knickerbocker Footbridge. The Half Marathon loops west in Alton Baker Park, crosses the Frohnmayer Footbridge and returns to Hayward Field for a final 200m on the track.

After splitting from the Half Marathon course, Marathoners will do a loop in Springfield before heading west on the Ruth Bascom Riverbank Path System. The course takes runners through Alton Baker Park, past Valley River Center to the Owosso Footbridge where they start the return journey to the finish. The final miles of the Marathon course run along the Willamette River and feature Eugene’s new Downtown Riverfront Park. Marathoners rejoin the Half Marathon course for the final half mile of the race as they enjoy an epic finish on the track inside Hayward Field.