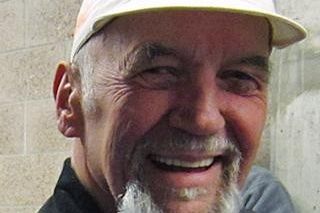 Stop on in to our Volunteering area for more details, or drop us a line on our Contact Us page! There are many ways to help out – we’d love to have you on the team!

Keep in mind, volunteering at the Eugene Curnow Trail Marathon gets you a discounted entry to the Minnesota Voyageur, and vice versa. Come on out and see the races from both sides of the aid station table!

The Eugene Curnow Trail Marathon is run over rough woodland trails on a point-to-point course from the Spirit Mt. Ski Area near Duluth, MN to Carlton. The course encompasses one leg of the Minnesota Voyageur Trail Ultramarathon, plus a bit extra to equal 26.2 miles. Initially, it was developed as support for the Voyageur 50 Mile; offered as a thank you to Voyageur volunteers and an introduction to the course for those not ready for a full fifty miles. It has become a wildly popular race in its own right.

Formerly known as the Half-Voyageur Trail Marathon, the race was renamed in 2013 in honor of its irrepressible founder – area trail and ultramarathon running legend, Eugene Curnow. Gene’s energy, enthusiasm and volunteer spirit played a significant role in the success and growth of the Minnesota Voyageur, the sport of trail and ultra-running, and the northland running community.

The Eugene Curnow Trail Marathon is proudly managed by the Northern Minnesota Track Club (NMTC). For