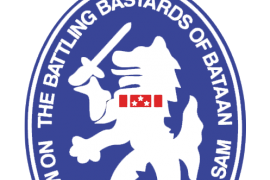 During World War II, on April 9, 1942, 75,000 United States soldiers and Filipino soldiers were surrendered to Japanese forces after months of battling in extreme-climate conditions. The U.S. soldiers were from the multiple branches of the U.S. military: Army, Army Air Corps, Navy, and Marines. Among those seized were members of the 200th Coast Artillery, New Mexico National Guard.

The Army ROTC Department at New Mexico State University began sponsoring the Bataan Memorial Death March in 1989. The memorial march was to mark a page in history that included many native sons and affected many families in the state. In 1992, White Sands Missile Range and the New Mexico National Guard joined in the sponsorship and the event was moved to the White Sands Missile Range.